Thorlabs' INT-COM-1300 interferometer is designed to be used inside a swept source OCT system for common-path OCT applications. It integrates a fiber coupler network for use with an external common-path interferometer probe. These couplers are optimized for flat wavelength response and very low polarization dependent coupling losses. The integrated high-gain balanced detector includes an active aliasing filter that minimizes the generation of aliasing frequencies in the digitized fringe signals for improved image quality.

The module is designed for ease of use, and easy integration using the FC/APC angled fiber adapters. Alignment is made easier due to an additional input for a 660 nm aiming laser and a specially designed WDM coupler that combines the swept laser source (1300 nm) and the alignment laser (660 nm).

Figure 1 below shows the schematic diagram of the INT-COM-1300 interferometer's internal optical network and a basic OCT application setup.

The internal fiber network of the INT-COM-1300 interferometer is designed for swept source Fourier domain OCT systems in which the signal from both the reference and the sample arm of the interferometer follow a common path configuration. The reflections from both arms are combined to produce the interference fringes which are detected by one channel of the integrated balanced detector. The second channel of the detector may then be used to offset the DC component of the interference signal by using an external variable optical attenuator (VOA) to control the amount of light reaching the second detector channel.

The 5% of the light which was split from the incoming beam is connected to VOA IN port via a slope compensation coupler. This additional coupler is used to compensate the wavelength dependent coupling ratio. The two coupler design makes the VOA IN signal nearly independent of the OCT laser wavelength allowing broadband DC offset compensation. This is demonstrated by the wavelength response curves shown below.

Figure 2 shows the INT-COM-1300 interferometer's coupling ratio measured from 1300 nm input  to the probe ports, while Figure 3 shows similar information measured from input port to input of the VAO port. 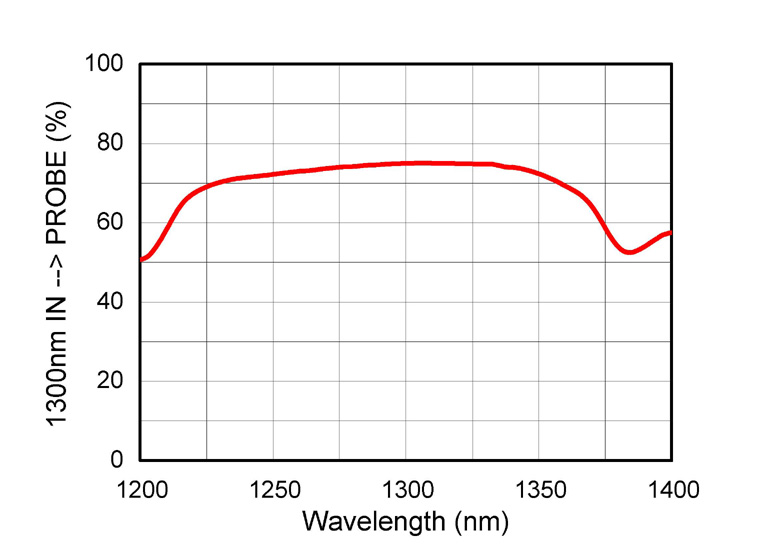 Figure 2: Wavelength Response of Coupling from Input to Probe Port 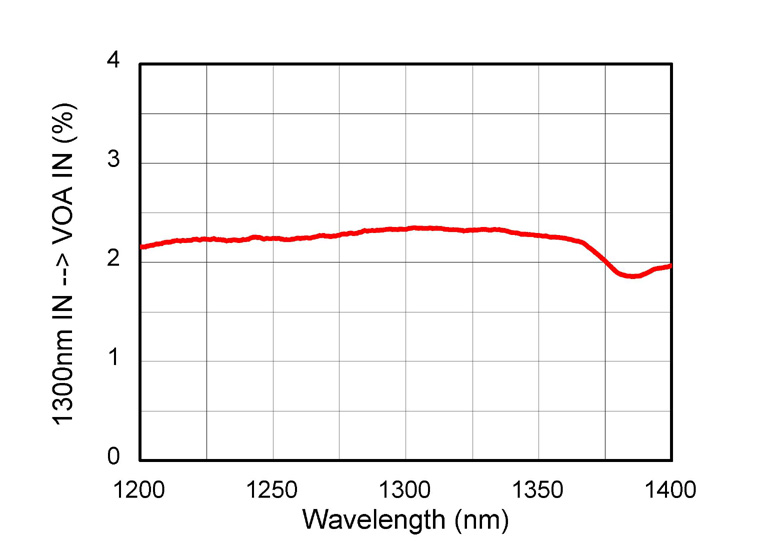