Fiber isolators protect light sources from back reflections and signals that can cause intensity noise and optical damage. Optical isolators, also known as Faraday isolators, are magneto-optic devices that preferentially transmit light in the forward direction while absorbing or displacing light propagating in the reverse direction (see the schematic below). Please see the Isolator Tutorial tab for an explanation of the operating principles of a Faraday isolator.

Click to Enlarge
Light propagating in the reverse direction is rejected by the input polarizer. For more detailed information, please see the Isolator Tutorial tab. 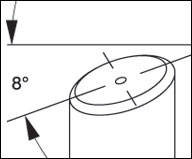 These polarization-dependent NIR isolators are compatible with polarization-maintaining (PM) fibers, and have their slow axis aligned with the connector key. In contrast, our polarization-independent NIR isolators are designed to connect to single mode (SM) fibers. Our high-power units are built using a specialized fiber end face process that increases the maximum power. There is 0.8 m to 1 m of fiber built in to each side of the isolator, and an arrow on the body indicates the transmission direction. In addition, each unit is tested before shipment to ensure compliance with our specifications and a complete test report comes with every serialized part.

Thorlabs also manufactures free-space isolators and fiber isolators designed for the infrared range. Please use the Selection Guide table above for more information. If you do not see an isolator that suits your application, please refer to the Custom Isolators tab for information on our build-to-order options, or contact Tech Support.

Function
An optical isolator is a passive magneto-optic device that only allows light to travel in one direction. Isolators are used to protect a source from back reflections or signals that may occur after the isolator. Back reflections can damage a laser source or cause it to mode hop, amplitude modulate, or frequency shift. In high-power applications, back reflections can cause instabilities and power spikes.

V: the Verdet Constant, a property of the optical material, in radians/T • m.

B: the magnetic flux density in teslas.

d: the path length through the optical material in meters.

Figure 2. A single-stage, polarization-dependent isolator. Light propagating in the reverse direction is rejected by the input polarizer.

The Forward Mode
In this example, we will assume that the input polarizer's axis is vertical (0° in Figure 2). Laser light, either polarized or unpolarized, enters the input polarizer and becomes vertically polarized. The Faraday rotator will rotate the plane of polarization (POP) by 45° in the positive direction. Finally, the light exits through the output polarizer which has its axis at 45°. Therefore, the light leaves the isolator with a POP of 45°.

In a dual-stage isolator, the light exiting the output polarizer is sent through a second Faraday rotator followed by an additional polarizer in order to achieve greater isolation than a single-stage isolator.

Click for Details
Figure 3. A single-stage, polarization-independent isolator. Light is deflected away from the input path and stopped by the housing.

In a dual-stage isolator, the light then travels through an additional Faraday rotator, half-wave plate, and birefringent beam displacer before reaching the output collimating lens. This achieves greater isolation than the single-stage design.

The Reverse Mode
Back-reflected light will encounter the second birefringent crystal and be split into two beams with their polarizations aligned with the forward mode light. The faraday rotator is a non-reciprocal rotator, so it will cancel out the rotation introduced by the half wave plate for the reverse mode light. When the light encounters the input birefringent beam displacer, it will be deflected away from the collimating lens and into the walls of the isolator housing, preventing the reverse mode from entering the input fiber.

Damage Threshold
With 25 years of experience and 5 U.S. patents, our isolators typically have higher transmission and isolation than other isolators, and are smaller than other units of equivalent aperture. For visible to YAG laser Isolators, Thorlabs' Faraday Rotator crystal of choice is TGG (terbium-gallium-garnet), which is unsurpassed in terms of optical quality, Verdet constant, and resistance to high laser power. Thorlabs' TGG Isolator rods have been damage tested to 22.5 J/cm2 at 1064 nm in 15 ns pulses (1.5 GW/cm2), and to 20 kW/cm2 CW. However, Thorlabs does not bear responsibility for laser power damage that is attributed to hot spots in the beam. 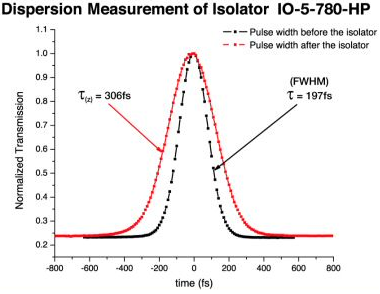 Figure 4. Pulse Dispersion Measurements Before and After an IO-5-780-HP Isolator

Magnet
The magnet is a major factor in determining the size and performance of an isolator. The ultimate size of the magnet is not simply determined by magnetic field strength but is also influenced by the mechanical design. Many Thorlabs magnets are not simple one piece magnets but are complex assemblies. Thorlabs' modeling systems allow optimization of the many parameters that affect size, optical path length, total rotation, and field uniformity. Thorlabs' US Patent 4,856,878 describes one such design that is used in several of the larger aperture isolators for YAG lasers. Thorlabs emphasizes that a powerful magnetic field exists around these Isolators, and thus, steel or magnetic objects should not be brought closer than 5 cm.

Temperature
The magnets and the Faraday rotator materials both exhibit a temperature dependence. Both the magnetic field strength and the Verdet Constant decrease with increased temperature. For operation greater than ±10 °C beyond room temperature, please contact Technical Support.

Pulse Dispersion
Pulse broadening occurs anytime a pulse propagates through a material with an index of refraction greater than 1. This dispersion increases inversely with the pulse width and therefore can become significant in ultrafast lasers. 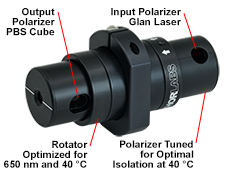 In an effort to provide the best possible service to our customers, Thorlabs has made a commitment to ship our most popular free-space and fiber isolator models from stock. We currently offer same-day shipping on more than 90 isolator models. In addition to these stock models, non-stock isolators with differing aperture sizes, wavelength ranges, package sizes, and polarizers are available. In addition, we can create isolators tuned for specific operating temperatures and isolators that incorporate thermistors with heating or cooling elements for active temperature control and monitoring. These generally have the same price as a similar stock unit. If you would like a quote on a non-stock isolator, please fill out the form below and a member of our staff will be in contact with you.

Thorlabs has many years of experience working with OEM, government, and research customers, allowing us to tailor your isolator to specific design requirements. In addition to customizing our isolators (see the OEM Application Services list to the right), we also offer various application services.

We are able to provide a wide range of flexibility in manufacturing non-stock, free-space isolators. Almost any selection of specifications from our standard product line can be combined to suit a particular need. The table to the right shows the range of specifications that we can meet.

We offer isolators suitable for both narrowband and broadband applications. The size of the housing is very dependent on the desired maximum power and aperture size, so please include a note in the quote form below if you have special requirements.

We offer Faraday rotators center wavelengths from 532 nm to 1550 nm. These are the same components used to make our isolators and rotate the polarization of incoming light by 45°. Please contact Tech Support if you require a faraday rotator with a rotation angle or center wavelength outside of the aforementioned specifications.

Thorlabs is uniquely positioned to draw on experience in classical optics, fiber coupling, and isolators to provide flexible designs for a wide range of fiber optic specifications. Current design efforts are focused on increasing the Maximum power of our fiber isolators at and near the 1064 nm wavelength. We offer models with integrated ASE filters and taps. The table to the right highlights the range of specifications that we can meet.

The fiber used is often the limiting factor in determining the Maximum power the isolator can handle. We have experience working with single mode (SM) and polarization-maintaining fibers (PM); single-, double- and triple-clad fibers; and specialty fibers like 10-to-30 µm LMA fibers and PM LMA fibers. For more information about the fiber options available with our custom isolators, please see the expandable tables below.

We are also in the process of extending our fiber isolator capabilities down into the visible region. For more information, please contact Technical Support. 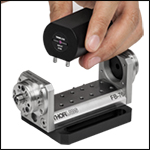 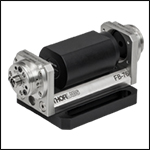 The expandable tables below provide information on some common isolator and rotator specials we have manufactured in the past. We keep the majority of the components for these custom isolators in stock to ensure quick builds, so these specials are available with an average lead time of only 2-4 weeks.  Please use the Non-Stock Isolator Worksheet below for a quote.

Request a custom isolator quote using the form below or by contacting us for more information at (973) 300-3000.

The following selection guide contains all of Thorlabs' Fiber Optical Isolators. Click the colored bars below to to see specifications and options for each wavelength range and isolator type. Please note that Thorlabs also offers free space optical isolators and custom optical isolators. 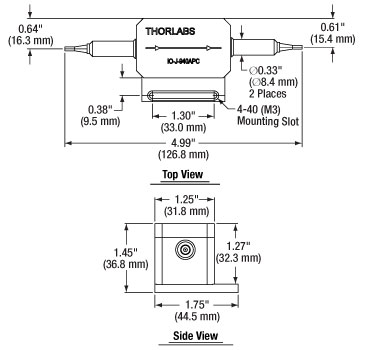