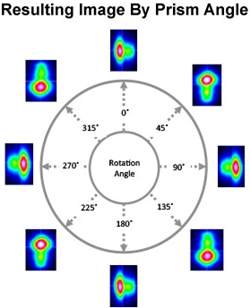 For our experiment we used the HL6320G Laser Diode (635 nm) as the light source. The laser beam was initially aligned using two crossed Glan-Taylor polarizers (GT10-A). The first polarizer set the polarization axis, and the rotation angle of the second crossed polarizer was recorded. The Dove prism was then placed in between the two polarizers, and the power of the beam was recorded after the second polarizer as a function of prism angle. Additionally, measurements were taken to determine the radii and orientation angle of the polarization ellipse. The polarization shift caused by the PS992 unmounted Dove prism and PS992M mounted Dove prism were measured. The unmounted prism was tested for polarization changes due to birefringence effects as well. 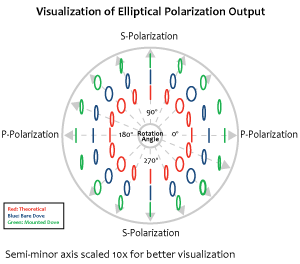 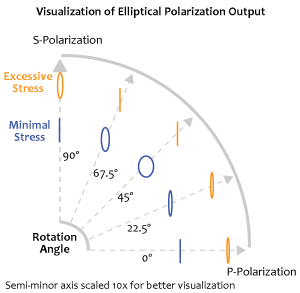